Dedicated to promoting business, quality of life, and economic development

JOIN US for our upcoming Leadership Perspectives Classes!

Due to the COVID-19 Pandemic, the Chamber has had to reconstruct its’ Leadership program. We plan on things returning back to normal this fall and will offer the same great leadership program as we have in the past.

In the meantime, beginning on March 16th, we will be launching a new program entitled Leadership Perspectives. The perspectives will come from influential leaders in the community each sharing their Leadership styles from their personal experiences and background.

Each virtual session will last begin at 9am and last one hour. 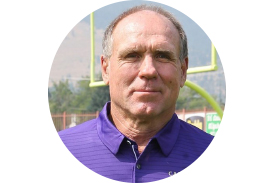 The first session will be entitled “Leading from the Sidelines” and will feature former Carroll College Coach Mike Van Diest. Coach Van Diest served as the head football coach at Carroll College from 1999 to 2018, compiling record of 203–54. Van Diest’s Fighting Saints won six NAIA National Championships, four consecutively from 2002 to 2005, a fifth in 2007, and a sixth in 2010. 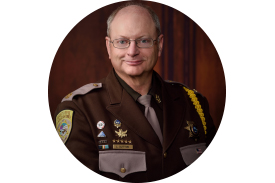 April 20th
Sheriff Leo Dutton
“Leading from Behind the Badge”

The second session will be entitled “Leading from Behind the Badge” and will feature Lewis and Clark County Sheriff Leo Dutton. Leo was sworn in as Sheriff of Lewis & Clark County on September 2, 2008. His duties as sheriff require the skills of an administrator and leader, including but not limited to managing a substantial budget and handling personnel issues within the Sheriff’s Office.

The third session will be entitled Servant Leadership and will feature Businessman Mark Burzynski. In April of 2019 Burzynski joined Montana State Fund, Montana’s largest workers compensation insurance carrier, as its chief financial officer and vice president of corporate support. Burzynski has had a nearly four-decade career in health care and insurance in Montana, having served in executive positions at Blue Cross and Blue Shield of Montana, and St. Vincent Healthcare. 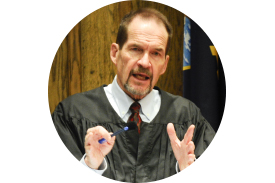 June 8th
Judge Jeffrey Sherlock
“Leadership from Behind the Bench”

The fourth session will be entitled Leading from the Bench and will feature former District Judge Jeffrey Sherlock. Sherlock served as District Judge in Helena for 27 years and ruled on numerous cases including murders, divorces, adoptions and constitutional law cases.